Hey guys! I am so excited to share with you my October Wrap-up! I actually read books a good amount of books this month. I have been in a bit of a slump/not wanting to read mood so I was happy to breeze through so many books. I feel like overall I enjoyed the books I read this month. I think only one really stood out to me. That was a book I wasn’t really planning on picking up either. So let’s dive in and see what I read last month!

Plot: The conflict in the Commonwealth hits a fever pitch… could this be the end of civilization as we’ve come to know it? Collects THE WALKING DEAD #187-193.

My Thoughts: Well I honestly had no idea this was the last Walking Dead volume until Greg told me my friend got the one. I haven’t been following these as much as I did in the past. I have to say I was hoping for a more chaotic ending. I did spoil one thing that happened but I feel as soon as you read that scene you know it’s going to happen. So I would have seen it coming anyway. Overall I enjoyed the series but over time I forgot a lot of what happened in this story. I don’t plan on watching the show because I wasn’t into it. I don’t know how different the show is to the comics but I do know somethings were. 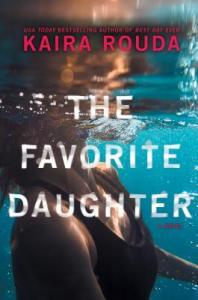 The Favorite Daughter By Kaira Rouda

Jane Harris lives in a sparkling home in an oceanfront gated community in Orange County. It’s a place that seems too beautiful to be touched by sadness. But exactly one year ago, Jane’s oldest daughter, Mary, died in a tragic accident and Jane has been grief-stricken ever since. Lost in a haze of anti-depressants, she’s barely even left the house. Now that’s all about to change.

It’s time for Jane to reclaim her life and her family. Jane’s husband, David, has planned a memorial service for Mary and three days later, their youngest daughter, Betsy, graduates high school. Yet as Jane reemerges into the world, it’s clear her family has changed without her. Her husband has been working long days—and nights—at the office. Her daughter seems distant, even secretive. And her beloved Mary was always such a good girl—dutiful and loving. But does someone know more about Mary, and about her last day, than they’ve revealed?

The bonds between mothers and daughters, and husbands and wives should never be broken. But you never know how far someone will go to keep a family together…

My Thoughts: I was really looking forward to reading this book but I just wasn’t a fan. I really couldn’t get into it. I really disliked the main character. I found her extremely annoying and just very unlikable. If you like unlikable narrators then I’m sure you will end up enjoying this one because I saw a good amount of people saying they did. I honestly just pushed through on this one just because. I’m really sad I didn’t end up liking it. 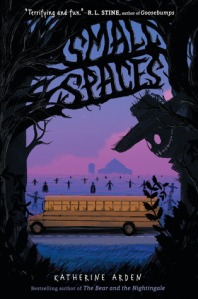 Plot: After suffering a tragic loss, eleven-year-old Ollie only finds solace in books. So when she happens upon a crazed woman at the river threatening to throw a book into the water, Ollie doesn’t think–she just acts, stealing the book and running away. As she begins to read the slender volume, Ollie discovers a chilling story about a girl named Beth, the two brothers who both loved her, and a peculiar deal made with “the smiling man,” a sinister specter who grants your most tightly held wish, but only for the ultimate price.

Ollie is captivated by the tale until her school trip the next day to Smoke Hollow, a local farm with a haunting history all its own. There she stumbles upon the graves of the very people she’s been reading about. Could it be the story about the smiling man is true? Ollie doesn’t have too long to think about the answer to that. On the way home, the school bus breaks down, sending their teacher back to the farm for help. But the strange bus driver has some advice for the kids left behind in his care: “Best get moving. At nightfall they’ll come for the rest of you.” Nightfall is, indeed, fast descending when Ollie’s previously broken digital wristwatch, a keepsake reminder of better times, begins a startling countdown and delivers a terrifying message: RUN.

Only Ollie and two of her classmates heed the bus driver’s warning. As the trio head out into the woods–bordered by a field of scarecrows that seem to be watching them–the bus driver has just one final piece of advice for Ollie and her friends: “Avoid large places. Keep to small.”

And with that, a deliciously creepy and hair-raising adventure begins.

My Thoughts: I had been wanting to read this book since I first heard about it last year. I thought it was a fun story. I saw that there will be 3 other books in this series. Each book will take place during the different seasons so I am excited to read the next one. I hope to pick it up soon because I know it is out.

The Poet X By Elizabeth Acevedo

Plot: A young girl in Harlem discovers slam poetry as a way to understand her mother’s religion and her own relationship to the world. Debut novel of renowned slam poet Elizabeth Acevedo.

Xiomara Batista feels unheard and unable to hide in her Harlem neighborhood. Ever since her body grew into curves, she has learned to let her fists and her fierceness do the talking.

But Xiomara has plenty she wants to say, and she pours all her frustration and passion onto the pages of a leather notebook, reciting the words to herself like prayers—especially after she catches feelings for a boy in her bio class named Aman, who her family can never know about. With Mami’s determination to force her daughter to obey the laws of the church, Xiomara understands that her thoughts are best kept to herself.

So when she is invited to join her school’s slam poetry club, she doesn’t know how she could ever attend without her mami finding out, much less speak her words out loud. But still, she can’t stop thinking about performing her poems.

Because in the face of a world that may not want to hear her, Xiomara refuses to be silent.

My Thoughts: So this is the book that really surprised me last month. I didn’t plan on picking this up but one of the prompts for Spookathon was pick up something you don’t normally read. I don’t normally read poetry. I also heard the audiobook was good so I decided to go with that. I am so glad I did because I enjoyed this a lot. I thought her words were so powerful and the way Elizabeth reads it with so much emotion and intensity. It really makes for an amazing experience. I was so blown away by everything and anything that happened to the main character I felt as it happened to me. I really want to pick up her book that came out this year. I can’t wait to.

All The Beautiful Lies By Peter Swanson

Plot: Harry Ackerson has always considered his step-mother Alice to be sexy and beautiful, in an “other worldly” way. She has always been kind and attentive, if a little aloof in the last few years.

Days before his college graduation, Alice calls with shocking news. His father is dead and the police think it’s suicide. Devastated, he returns to his father’s home in Maine. There, he and Alice will help one another pick up of the pieces of their lives and uncover what happened to his father.

Shortly after he arrives, Harry meets a mysterious young woman named Grace McGowan. Though she claims to be new to the area, Harry begins to suspect that Grace may not be a complete stranger to his family. But she isn’t the only attractive woman taking an interest in Harry. The sensual Alice is also growing closer, coming on to him in an enticing, clearly sexual way.

Mesmerized by these two women, Harry finds himself falling deeper under their spell. Yet the closer he gets to them, the more isolated he feels, disoriented by a growing fear that both women are hiding dangerous—even deadly—secrets . . . and that neither one is telling the truth.

My Thoughts: This book ended up creeping me out. I don’t mean in like a scary kind of way in a this is extremely gross way. I honestly wish I just dnfed because I was not a fan but I talked myself into continuing the read. I don’t know why but I really disliked it. I found the step-father and step-daughter relationship very disturbing. I feel I felt this way once I learned more about him as a person. This was a big part of the story so I really couldn’t do anything about it. I am sad this was my second Peter Swanson experience but I do still plan to read his other books.

The Monster of Elendhaven By Jennifer Giesbrecht

Plot: The city of Elendhaven sulks on the edge of the ocean. Wracked by plague, abandoned by the South, stripped of industry and left to die. But not everything dies so easily. A thing without a name stalks the city, a thing shaped like a man, with a dark heart and long pale fingers yearning to wrap around throats. A monster who cannot die. His frail master sends him out on errands, twisting him with magic, crafting a plan too cruel to name, while the monster’s heart grows fonder and colder and more cunning.

These monsters of Elendhaven will have their revenge on everyone who wronged the city, even if they have to burn the world to do it.

My Thoughts: So I have to admit I didn’t pay as much attention to this book as I should have. I do remember enjoying it but I don’t remember too much. Since this book is such a quick one I really want to re-read it. If I don’t get to that by the end of this year I am hoping early next year.

Have you guys read any of these books? If so what did you think? What books did you guys end up reading October? I would love to hear from you!