Hey guys! It’s been so long since I’ve done a wrap-up. Last time I did one was in February. My reading ended up being put on hold for a bit and I wasn’t reading a lot. Thankfully I’ve been in a good reading groove. I’ve pretty much been reading books back to back so I’m really happy about that. I’m sure things will slow down with how busy December will be. Anyway, I’m excited to share with you the books I read in November. So let’s dive in!

END_OF_DOCUMENT_TOKEN_TO_BE_REPLACED

Hey guys! Wow it has been a long time since I have written a TBR post. This month I have some buddy reads and just had some books I really wanted to get to. So I decided why not post a TBR. I feel in the past couple of months I haven’t really had a set TBR. My reading has been all over the place. I also have been in the mood to physically read which has been so nice. The past couple of months have mainly been me listening to audiobooks and pushing myself to physically read. I’m really glad to see that’s changed. I have read two books so far this month so I’m not going to include those on this list. You will see those in my wrap-up. So let’s dive in and see what I’m reading in February!

END_OF_DOCUMENT_TOKEN_TO_BE_REPLACED

Hey guys! Today I am sharing with you what I ended up reading in February. I did end up reading some of the books on my TBR. I did read a couple that weren’t on my TBR and I feel that has been happening lately. I haven’t been sticking to my TBR 100% which is totally fine. I like switching things up and if something sounds interesting to me and I want to pick it up right away why not. So let’s dive in to see what I ended up reading in February! END_OF_DOCUMENT_TOKEN_TO_BE_REPLACED 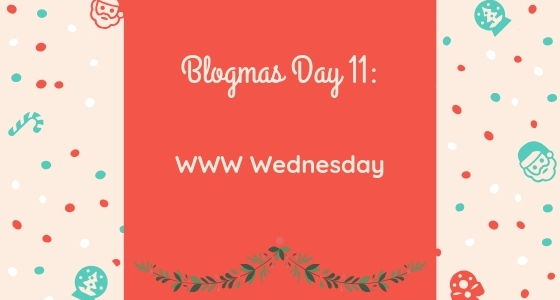 WWW Wednesday is a meme hosted by Sam @ Taking On a World of Words and to participate all you have to do is answer the three W’s listed below. Once you’ve posted your WWW, drop a link to your post in Sam’s comments <3’s!

The questions are:
1. What are you currently reading?
2. What did you recently finish reading?
3. What do you think you’ll read next?

END_OF_DOCUMENT_TOKEN_TO_BE_REPLACED

Lying In Wait By Liz Nugent

Plot: My husband did not mean to kill Annie Doyle, but the lying tramp deserved it.

On the surface, Lydia Fitzsimons has the perfect life—wife of a respected, successful judge, mother to a beloved son, mistress of a beautiful house in Dublin. That beautiful house, however, holds a secret. And when Lydia’s son, Laurence, discovers its secret, wheels are set in motion that lead to an increasingly claustrophobic and devastatingly dark climax.
END_OF_DOCUMENT_TOKEN_TO_BE_REPLACED

Worlds Between My Teeth By Time Meyer

Plot: A dream you can’t wake up from. A cruel game you never wished you played. An enormous shadow living beneath your lake. An invasion of your world.

Worlds Between My Teeth collects TWELVE short stories designed to keep you up past midnight. Strap in. Tim Meyer, author of IN THE HOUSE OF MIRRORS and SUNFALL: SEASON ONE, grants you access to the portals in his mind. Welcome to his WORLDS…

Goodreads Synopsis: Everybody has a Cordova story. Cult horror director Stanislas Cordova hasn’t been seen in public since 1977. To his fans he is an enigma. To journalist Scott McGrath he is the enemy. To Ashley he was a father.

On a damp October night the body of young, beautiful Ashley Cordova is found in an abandoned warehouse in lower Manhattan. Her suicide appears to be the latest tragedy to hit a severely cursed dynasty.

For McGrath, another death connected to the legendary director seems more than a coincidence. Driven by revenge, curiosity and a need for the truth, he finds himself pulled into a hypnotic, disorientating world, where almost everyone seems afraid.

The last time McGrath got close to exposing Cordova, he lost his marriage and his career. This time he could lose his grip on reality.

ONCE WE FACE OUR DEEPEST FEARS, WHAT LIES ON THE OTHER SIDE? END_OF_DOCUMENT_TOKEN_TO_BE_REPLACED